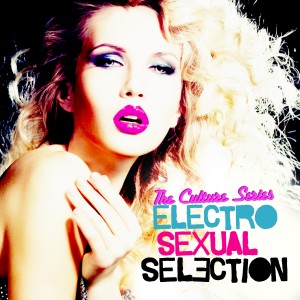 The Culture Series is back this time with its ‘Electro Sexual Selection’ based on tracks inspired by the usage of Shena’s track by the same name this mix of Electro Dance tune will go on to become a perennial timeless gem.

The film ‘Girl With The Dragon Tattoo’ is released worldwide on the 21st December 2011, and features a large chunk of ‘Electro Sexual’ in the
Club scene, it’s about Journalist Mikael Blomkvist (Daniel Craig) is aided in his search for a woman who has been missing for forty years by Lisbeth Salander (Rooney Mara), a young computer hacker.

The album itself has 14 huge tunes – plus a bonus DJ mix by sort after DJ Eric Tsunoda- although not the official Sound Track for the film, The Electro Sexual Selection offers an intoxicating mix of peak time funky house, deeper grooves, current electronic club favourites and, of course, the usual hand picked unreleased killer cuts.

Other offerings are just as vibrant including men of the moment Bionic Rockers which has won acclaim from the headz from its release on Renaissance. Plus…World Exclusive Sheriff Remix of ‘Electrosexual’ from Shena.

The bonus DJ Mix is much more than a token bonus offering from the above…this is a musical journey par excellence.

The Culture Series Continues ….and this time its Sexy!
Click HERE to get your copy from itunes NOW!